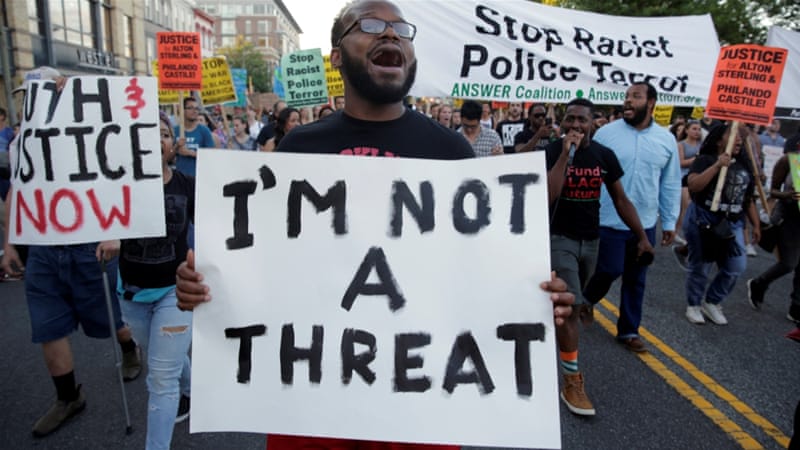 On July 13, three black women helped to give birth to a revolutionary movement which is known by the name black lives matter. Within a span of five years since the movement of Black Lives Matter started there has been a huge push for the liberation of Black people. With the help of Alicia Garza, Patrisse Cullors, and Opal Tometti this movement has evolved into an influential social movement after the era of civil rights.

This is a human rights movement that focuses on basic reordering of the society wherein the lives of Black Americans are free from any racism and systematic dehumanization. The impact that this movement has made on the legal and political landscape is unmeasurable. Now even the white population is supporting this movement to a great extent. you can see the support via black lives matter songs, flags, slogans, shirts, etc. too.

This movement is a collective effort of several organizations that work for the liberation of Blacks. It includes groups such as the Dream Defenders, the St. Louis Action Council, the Black Youth Project 100, Organization for Black Struggle, Assata’s Daughters, Millennial Activists United, etc.

Since the year 2013, these groups have worked together to bring about a change nationally as well as locally. They have helped a lot of Black families legally, for jobs, for getting high positions in the government and corporate sector, and a lot more. It has also worked to cease the police corruption in the United States and even worked for students’ rights. This accomplishment within a short span of time is a big achievement in itself.

There has been a huge cultural impact of the BLM movement and it has reached far and wide due to the black lives matter songs. It was because of the widespread achievement of BLM that these protests post the death of a Black person in July 2019 was possible. It has made use of the internet and social media as a means of mass mobilization to gather people. It has successfully launched several movements such as #MeToo, #TimesUp, and #NeverAgain. All this was never possible without the groundwork that the organizations of BLM did.

Now BLM is larger, stronger, and global than ever before. It is continuously increasing its impact in the local societies with time. Many people claim that BLM is declining now. But it is all because the media is not willing to cover the concerns and working of BLM because it is consumed by the catastrophes of the presidency of Trump. BLM is not at all at its decline and the recent nationwide protests have made it a lot stronger.

What makes tubular battery the most widely...

Parenting 101: Finding The Right Activities For...

Why It Is Important To Hire Professionals...

Need to know about headlights and the...

Things to consider when investing in a...